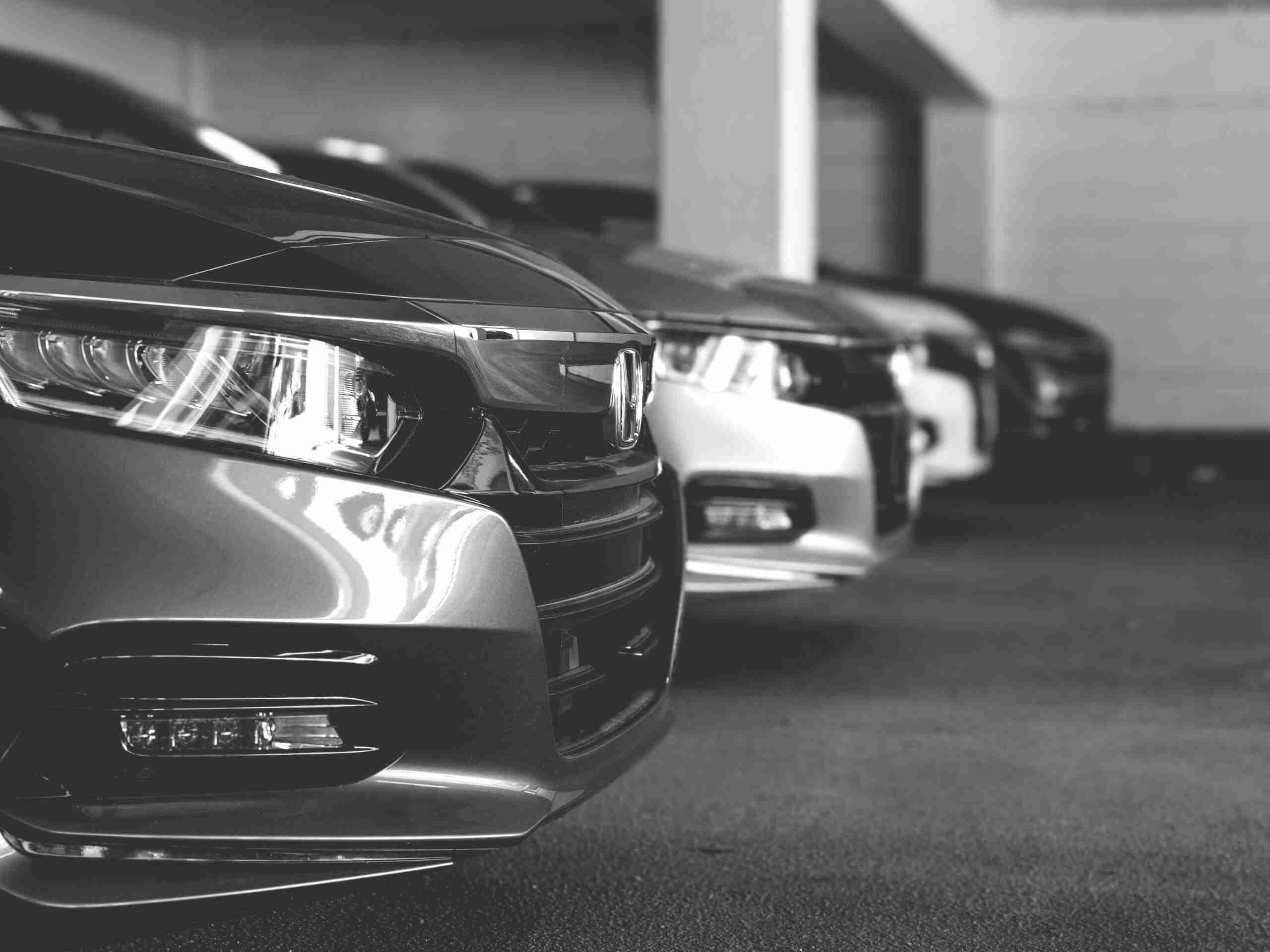 Benefits of EVs for Business

As the technology behind EVs improves, driving an EV is becoming more enjoyable and affordable. As a business there are various benefits associated with opting for electric vehicles (EVs) over ICE (Internal Combustion Engine) vehicles, not least the important financial savings  —  whether for fleet or company cars. With the target for ceasing all production of ICE vehicles by 2030, there are a number of Government incentives that businesses can take advantage of.

Some of the key benefits of opting for an EV include:

In this article, we’ve broken down the various benefits that business owners can receive by opting for electric vehicles over ICE vehicles. This article will cover: 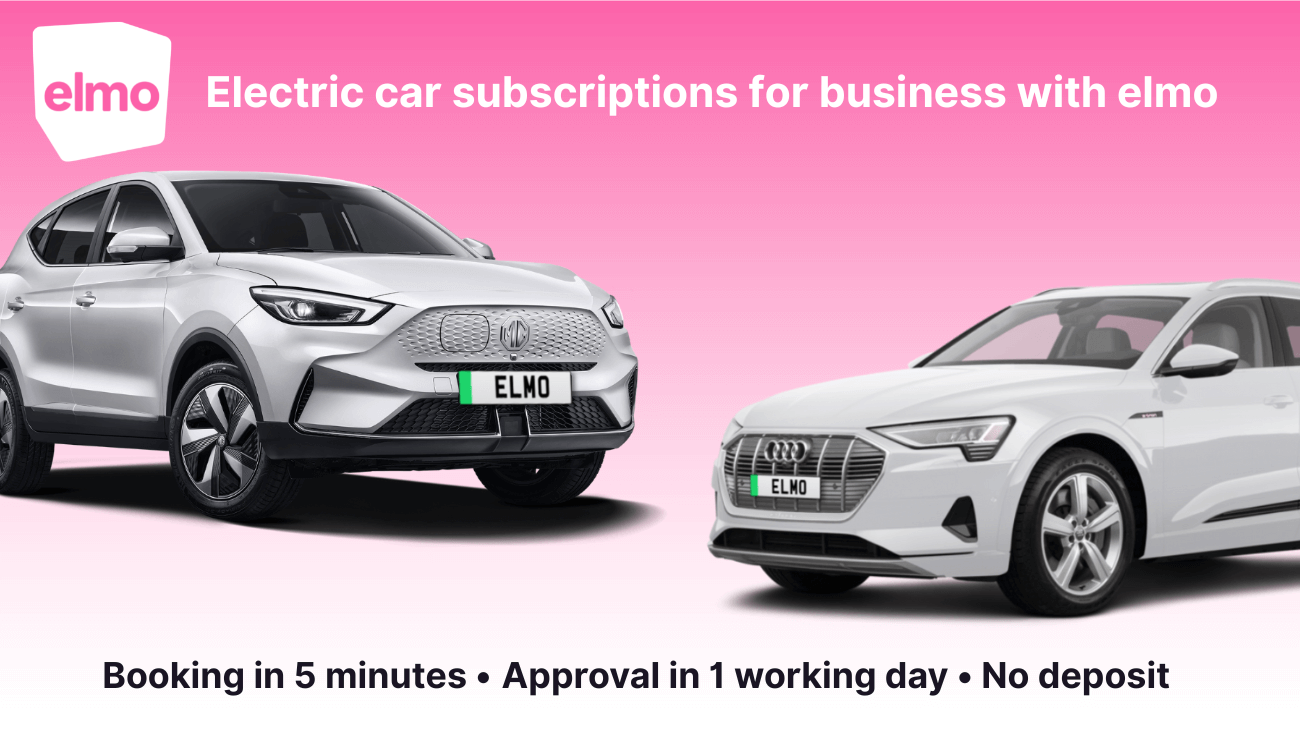 Why businesses should invest in electric vehicles

The technology behind electric vehicles is continually evolving but at the time of writing, the initial purchase cost of EVs are still more expensive than their petrol or diesel equivalents. However, upfront costs can be effectively offset by various UK government incentives mentioned here.

One tangible benefit of an electric fleet of vehicles for any business is their ongoing running costs. These costs are significantly lower than those incurred by petrol and diesel vehicles. According to the British Vehicle Rental and Leasing Association, the cost of running an electric vehicle is somewhere between two to four pence per mile: dependent on how and when it is charged.

More traditional vehicles cost between 10 to 14 pence per mile, with payable UK mileage rates for expenses at around 45 pence a mile. In other words, this can equate to an impressive saving of between 80-90% for ongoing fuel costs. If you’d like to find out more about how current rising energy prices are affecting EVs, check out our blog post here.

Additionally, if you live or travel around areas with a congestion charge, EV drivers currently won’t have to pay it. Although congestion charges aren’t nationwide, local authorities are increasingly considering them so it’s worth taking this into account when considering EVs vs ICE (Internal Combustion Engine) vehicles. As an example, the Congestion Charge Zone in London is charged at £15 a day. So you could save up to £5,475 a year.¹

Transitioning to an electric fleet of vehicles or offering these as a company car option to employees demonstrates commitment to environmental issues but is also more than just a positive PR story: technological advancements in electric transport mean that they have zero tailpipe emissions and between 15-40% less CO2 emissions over the vehicle’s lifetime (when compared to a petrol car of similar size).¹

Fleet drivers can draw significant benefits from an electric fleet of vehicles, with better route planning to reduce driving times, lower commuting costs and a reduced risk of breakdowns: Since EVs have fewer component parts compared to ICE vehicles, they tend to break down less often, keeping drivers on the road for longer.

A company that shows commitment to reducing the organisation’s carbon footprint (whether from daily commute or fleet) has been shown to have a positive effect on employee engagement. It has also been shown to increase employee satisfaction and retention. Installing EV infrastructure such as smart or rapid charging can help to increase driver confidence by providing easy access to on-site charging facilities which helps to encourage EV uptake not only for fleets but also for the personal use of employees.¹

As mentioned at the start of this article, the UK government has set ambitious sustainability targets and as such, there are a variety of grants and incentives available.

The exact details of UK government incentives for electric cars vary. However, there are several relating to electric commercial vehicles. For electric cars, businesses are able to obtain up to a 35% (or £2,500, whichever is the lower) discount from the purchase price of these vehicles; whether used as part of a business fleet or as a company car option for employees.

Electric van grants also exist with the same 35% (or £2,500 whichever is the lower) discount available from the purchase price — but this increases up to £6,000 off the purchase of electric vans categorised as ‘large’. This hefty rebate is increasingly enticing for businesses that are now able to choose from a range of electric vans with similar flexibility and loading capacity to their existing diesel and petrol vehicles.

Additionally, there are a number of benefits affecting the corporation tax relief on electric cars. These tax deductions can vary and change over time but they include exemptions from fuel duty, company car tax, vehicle excise duty, van benefit charges and fuel benefit charges. Businesses can also benefit from enhanced allowance benefits to be used against EVs. In the same year as the purchase, a 100% first-year allowance means that most businesses can claim the entire cost of an EV (whether a car or van of any size) against taxable profits.¹ 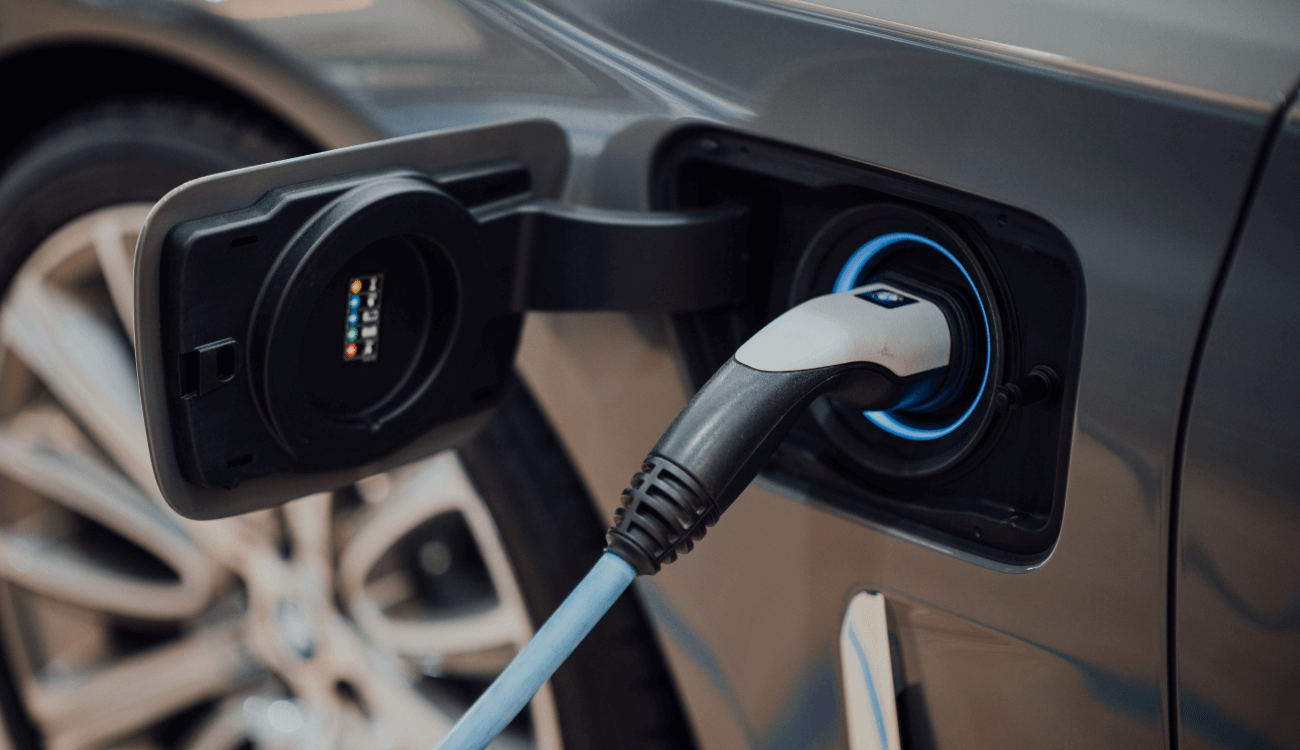 Business owners can also reduce their company’s costs and emissions by investing in electric car charging points, which can save businesses a considerable amount of money relative to cost of installation.

The Workplace Charging Scheme (WCS) provides financial support for businesses by supplying vouchers that cover part of the upfront costs for EV charging stations. Each voucher can cover up to 75% of the overall purchase and installation costs – or up to £350 for each socket – for a maximum of 40 charging stations across all sites.

These vouchers can only be redeemed by installers who have been authorised by the Office for Zero-Emission Vehicles (OZEV), as well as having approval from a charge point manufacturer. The charging points themselves will also need to be approved by OZEV.

If you’re not sure who your nearest OZEV-authorised installer is, you can check out the official list on the government website.²

What are the key benefits of the scheme?

Workplace charging offers great benefits for everyone – employees can charge their cars whilst they work, and company vehicles can charge overnight.

The WCS also has additional benefits. Businesses could:

You can read more in detail about the WCS here.

How successful has the scheme been?

As the government continues to encourage more EVs on the road, the number of workplace installations will likely follow the same trend. The Eco Experts’  National Home Energy Survey also highlights the increasing popularity of EVs. If money wasn’t a factor, the survey showed that 69% of UK residents would buy an EV. 17% of respondents also said that they had planned to purchase an EV within 12 months — a very encouraging statistic to point towards a decreasing interest in petrol and diesel car ownership.³ 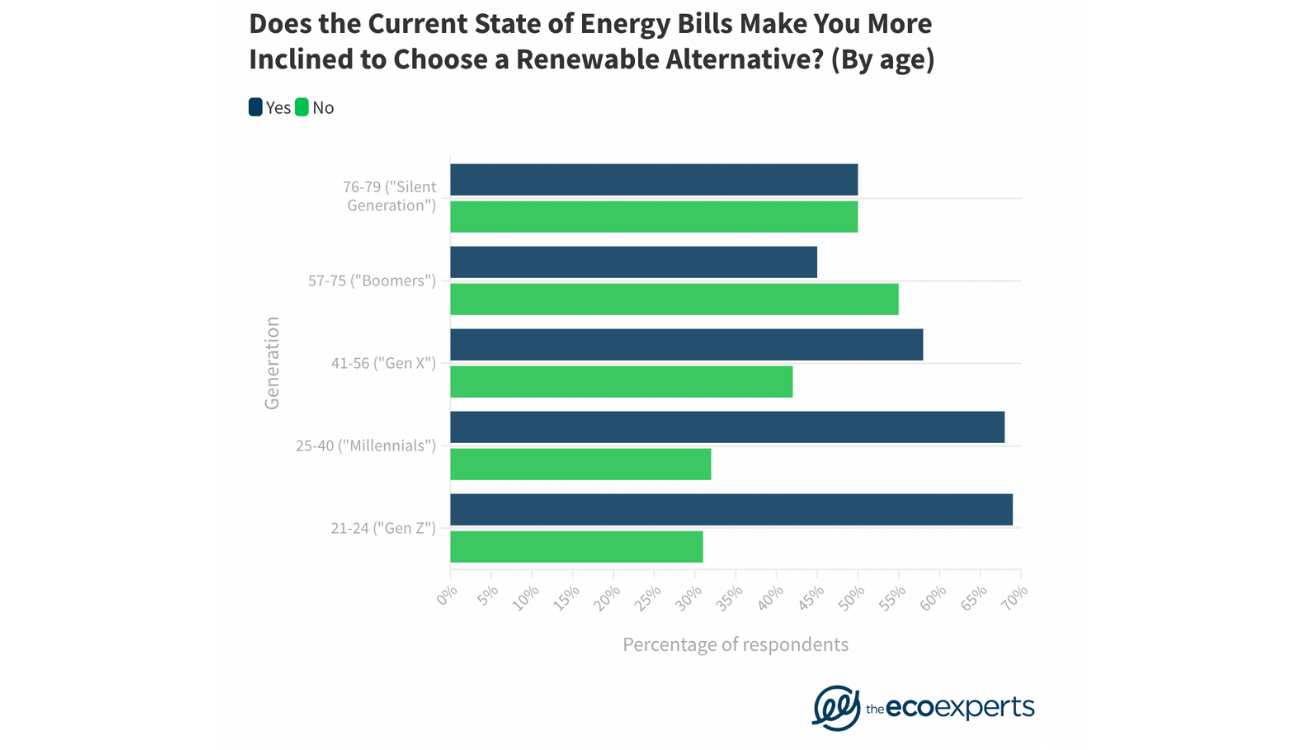 What are the benefits of a business subscription over a traditional lease?

Here at elmo, we’ve re-imagined the traditional lease so that it suits the needs of modern businesses looking for flexibility and convenience. With an electric car business subscription through elmo, you’ll be able to enjoy the following benefits:

Unlike a traditional business lease where you would need to keep the car for 2/3/4 years, you can hand each car back after the first 60 days by giving us 30 days’ notice in advance. Plus our pricing is competitive with a lease, so you’re not paying a premium for flexibility.

Finally, the all-inclusive package (vehicle, insurance, breakdown, vehicle excise duty etc) means there’s no admin work and you and your staff can simply start driving! See more about the costs and what’s included in our business subscription here. You can also check out our page dedicated to salary sacrifice for EVs here.

We know that switching to electric vehicles can come with lots of questions, so to help you out here are some of the useful guides, pages and posts we’ve put together. 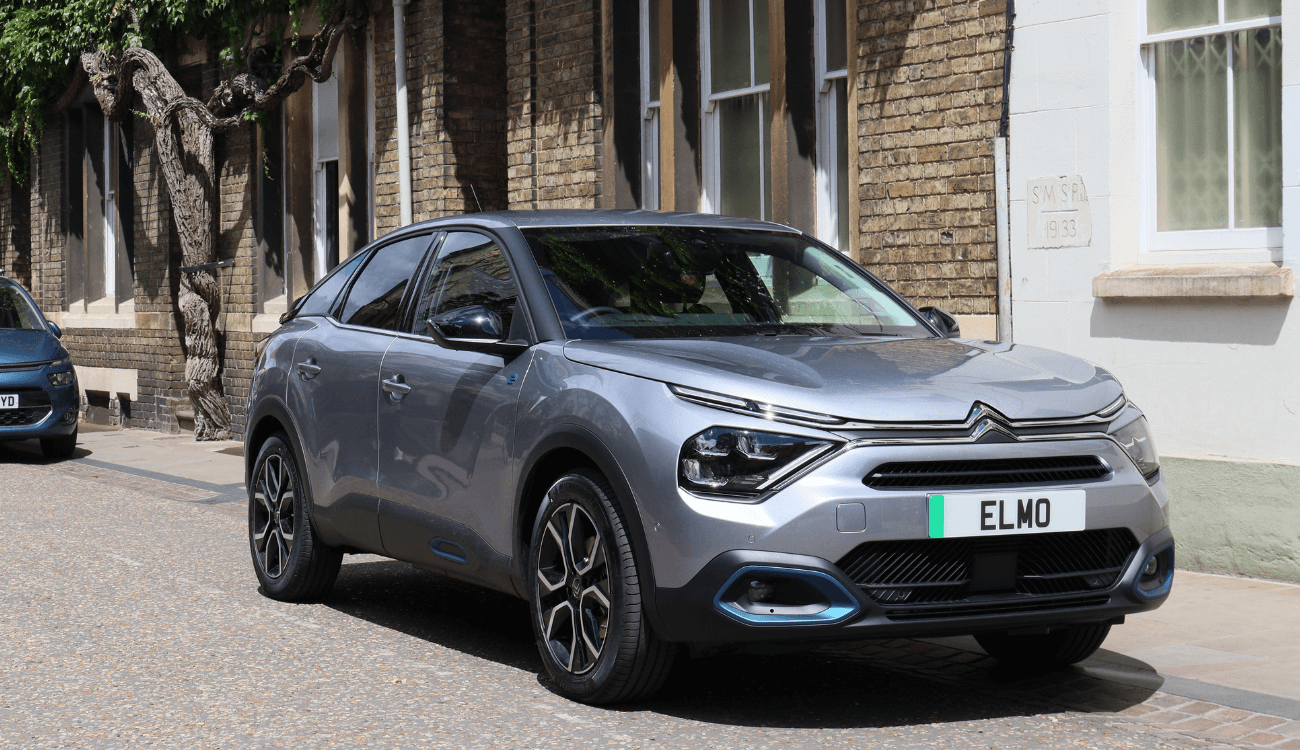 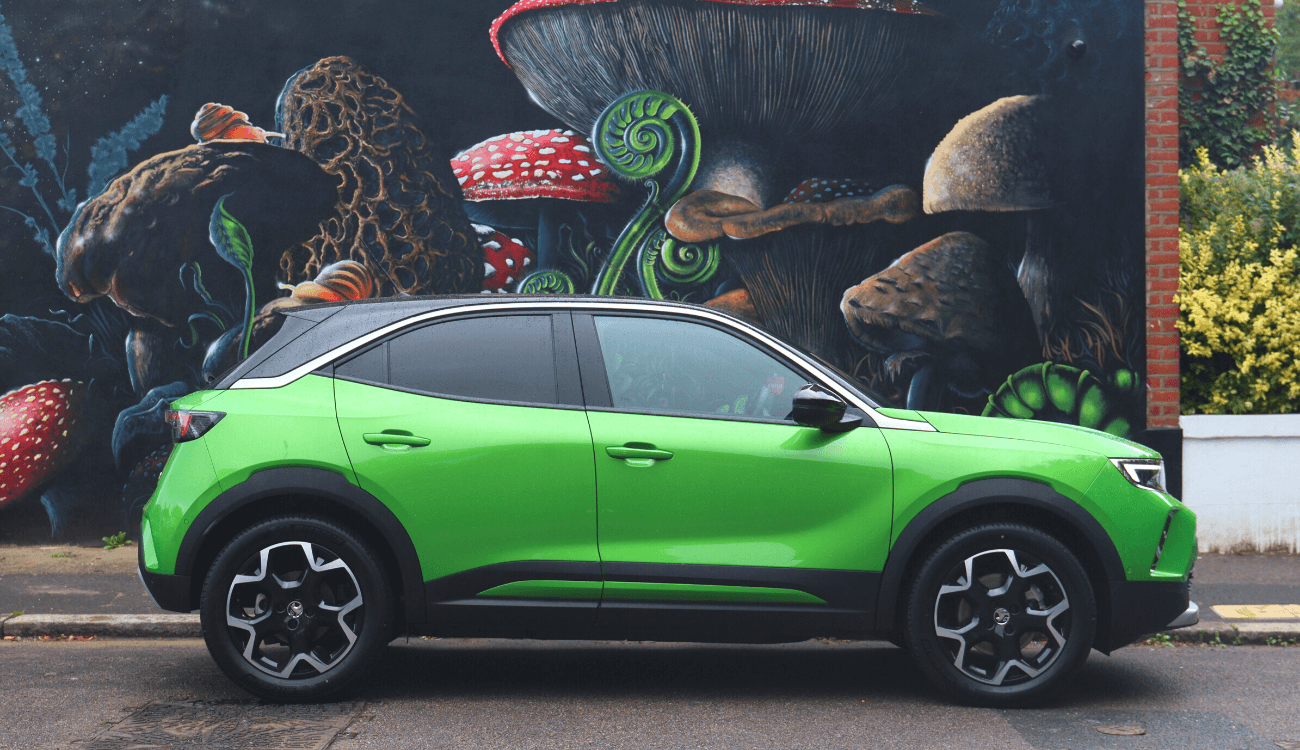 Find out more about the benefits of electric company cars and how a subscription compares to leasing.