Polestar 2 vs Tesla Model 3 – Which luxury electric saloon would you choose?

The Tesla Model 3 is the most successful EV ever made, in terms of units sold. But this surely can’t last forever…

In this post, we compare the Model 3 with its closest rival, the Polestar 2, to see if this Swedish EV has what it takes to knock Tesla off its perch. (To ensure it’s a like for like, we will compare both manufacturers’ standard models i.e. standard range and no options.) 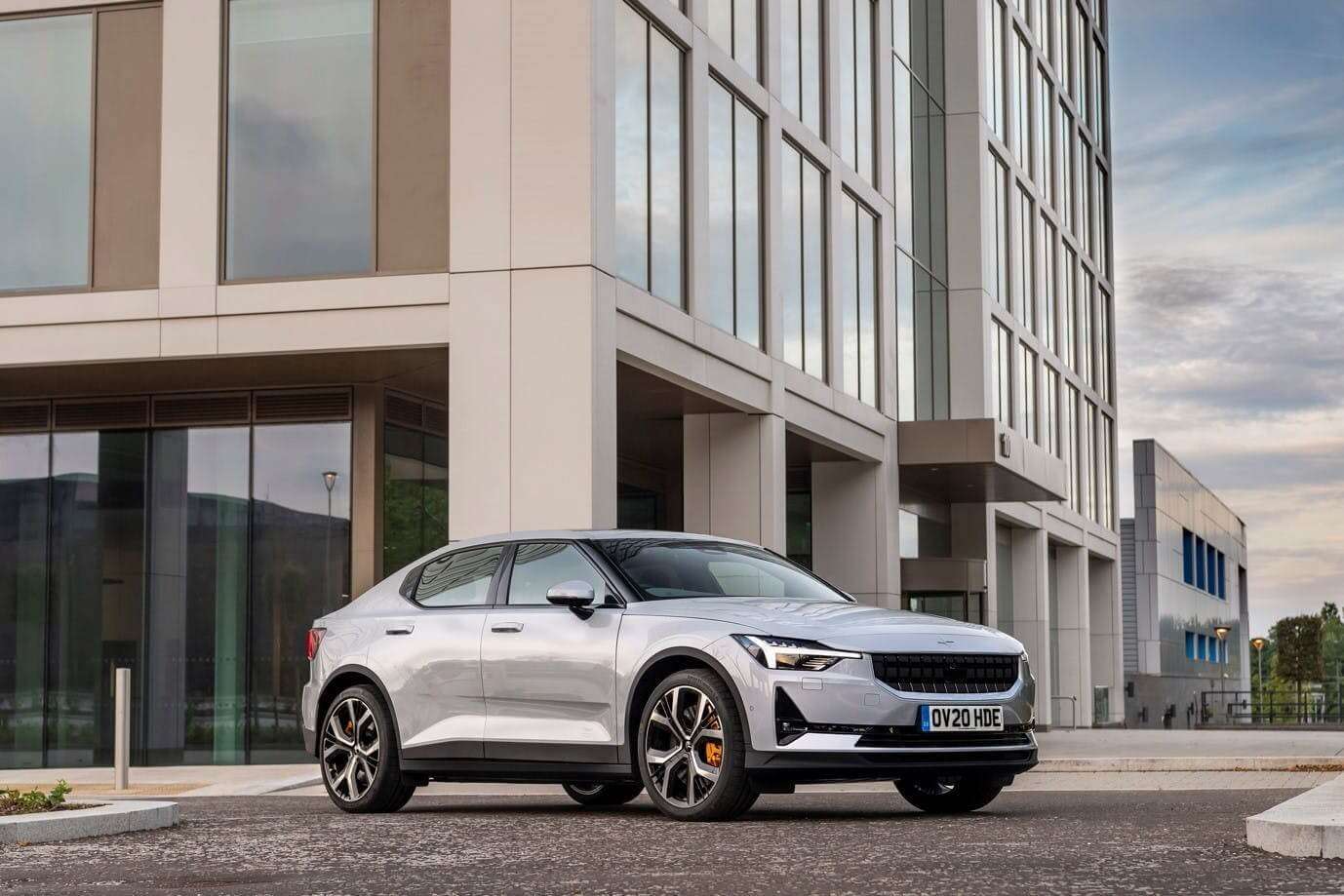 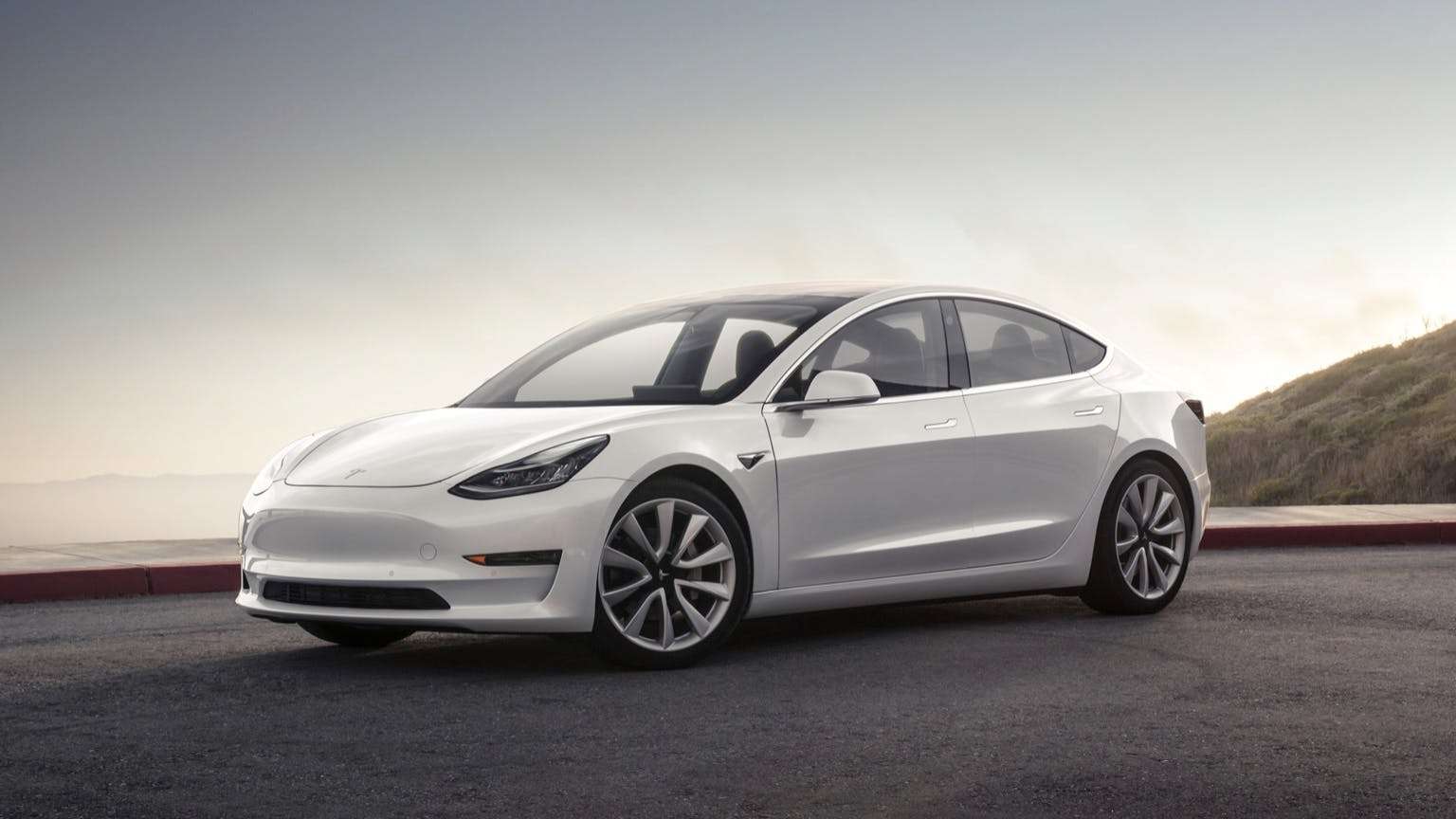 In the Tesla corner we have its Rear-Wheel Drive Model 3 coming in at £41.9k. In the Polestar corner is the Standard Range Single Motor Polestar 2 priced at £39.9k.

On price then, round 1 goes to Polestar. But does that extra £2k get you a whole lot more?

How about their looks?

It’s always hard to compare something so subjective, but here goes…

Whilst both cars are fully electric luxury 5-seater saloons, the Polestar 2 has been particularly praised for its design (winning a Paris Design Award) and we’re inclined to agree. Its unconventional but sleek looks and hammer-shaped LED lights ooze class.

On the other hand, Tesla’s focus has always been maximising value and range, so it’s not bad looking, but that front section clearly prioritises aerodynamics over aesthetics.

The Polestar 2 comes in ‘Void’ (black) as standard but there are five optional paint jobs costing £900 extra. The Tesla Model 3 is white as standard and has 5 colour options, but these cost £1.1k, and £2k more if you want it in red. The standard wheels for the 3 are 18 inch Aero, whereas the Polestar 2’s are 19 inch alloy wheels which are cheaper and, in our opinion, look nicer.

But, let’s take a look at the all-important range numbers. 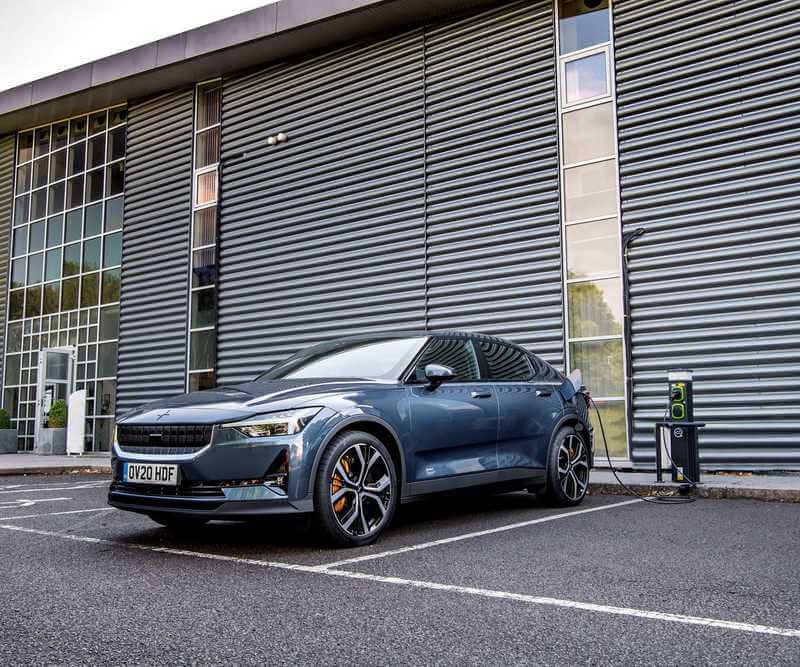 The Polestar 2’s official WLTP range is 275 miles between charges – a pretty remarkable stat considering its under £40k.

The Tesla Model 3 trumps this with an impressive WLTP range of 305 miles (N.B. Long Range versions are available with both manufacturers, offering 335 miles (Polestar) and 360 miles (Tesla)).

Both Polestar and Tesla use the CCS2 fast-charging connection. The Model 3 beats Polestar on charging speeds, supporting charging up to 200kW with a V3 Supercharger, which takes just 20 minutes to replenish from 0-80%.

Another plus of owning a Tesla is the access you get to its ‘supercharger’ network.  With lots of charging stations dotted around the UK you’ll have more chance of finding a rapid charger when on the road.

Which car is fastest?

Polestar’s fastest version is its Long Range Dual Motor which can hit 0-60 in 4.5 seconds, but Tesla’s performance version goes one step further again reaching 60mph in a frightening 3.1 seconds!

What about interior and storage?

The Rear-Wheel Drive Model 3 does come with a panoramic sunroof as standard; unlike the Polestar 2 where you have to upgrade to the Plus package. This is a bonus for some people who like lots of light, but less of a priority for others.

Both cars have plenty of legroom and are very similar in this respect. But if you need a lot of boot space, there is one clear winner – the Model 3. This has 425 litres extending to 1,140 litres when the rear seats are folded down (plus some extra storage underneath the boot), compared to the 2’s 405 litres and 1,095 litres respectively. 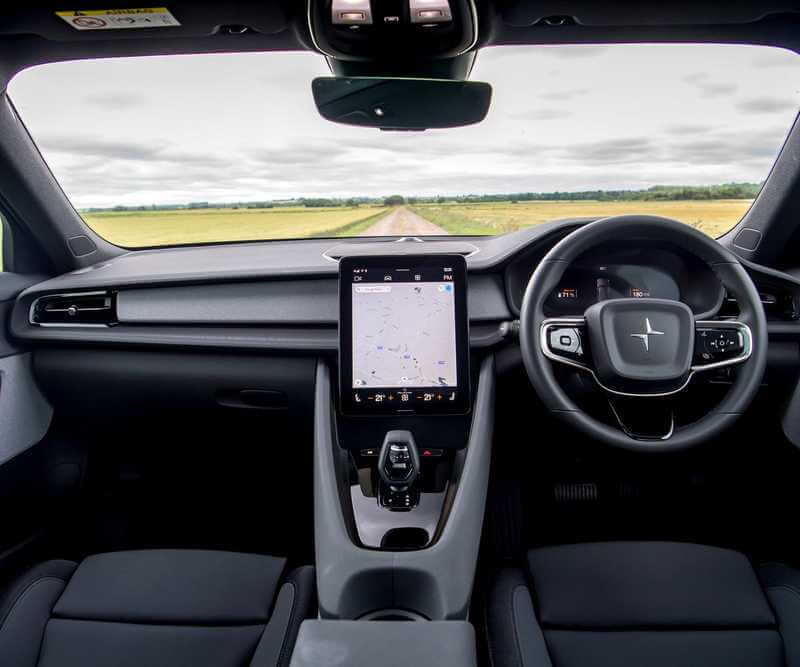 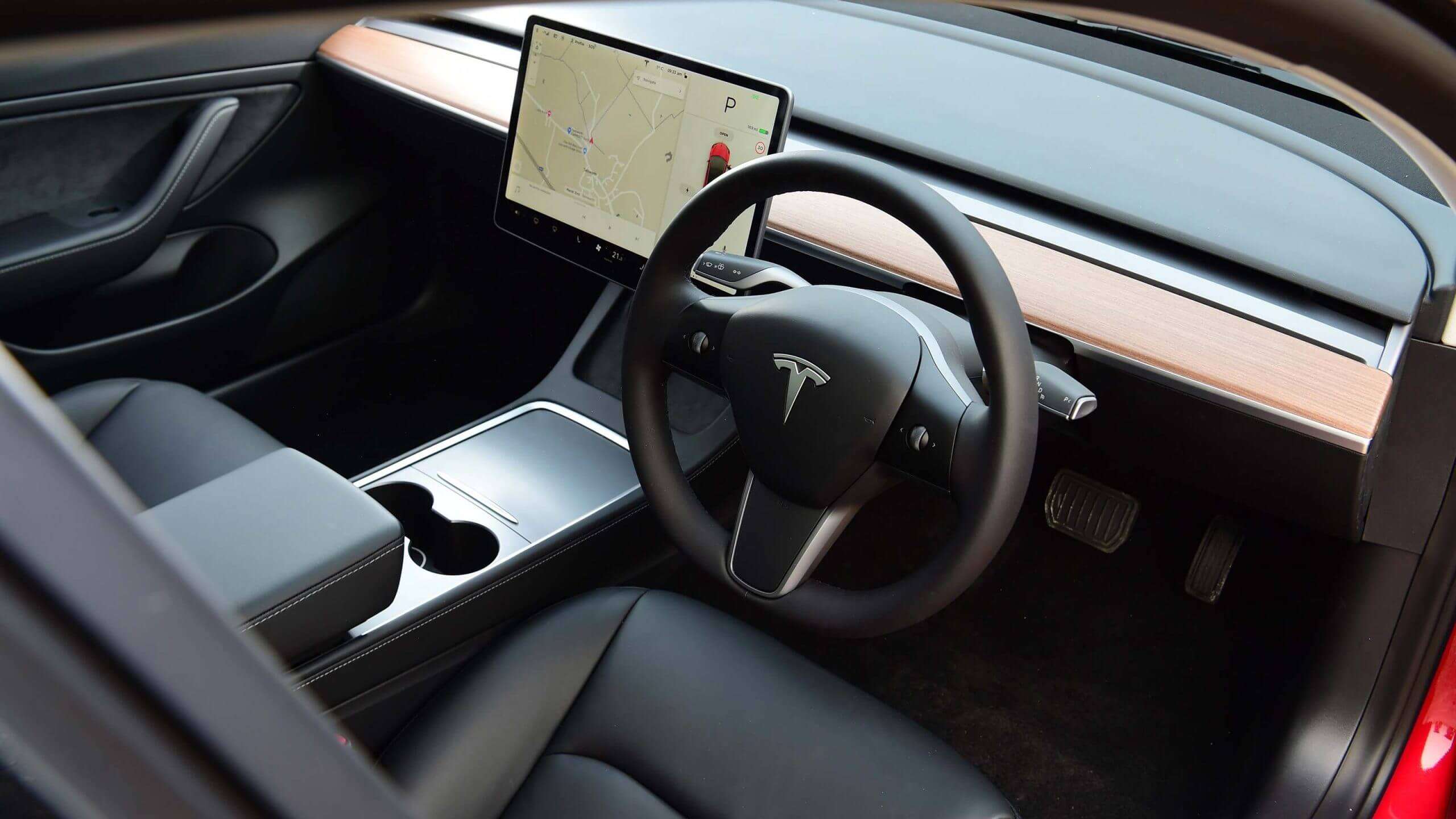 How do they compare on tech?

To power up the Tesla Model 3, you need a synced mobile phone or keycard in your left pocket when sitting in the driver’s seat. Then just lightly touch the brake pedal to ignite the engine. Pretty neat, right?

The Polestar 2 goes one better. All it needs is to feel body weight in the driver seat! So just sit down and it will start automatically.

One notable difference between how the two EVs are set up from a consumer tech perspective is the dashboard display. Both cars have a central tablet (15 inch in Tesla and 11 inch in Polestar) to control the settings, manage the infotainment and monitor state of charge etc.

The Tesla relies exclusively on this though i.e. there’s no driver info on the dashboard. This means you have to look at the central tablet to check your speed and charge remaining which can be a bit of nuisance.

Polestar on the other hand has gone for a more conventional setup by giving the 2 a separate easy-to-use 12.3 inch digital dashboard, on which you can see battery level, speed and navigational messages.

The Polestar 2’s 11 inch infotainment central panel is powered by Android Auto and one of the best in the business. As the first car ever to have Google infotainment system built-in, the 2 has access to Google Maps, Google Assistant and Google Play Store. It’s also very responsive!

The Model 3 is not compatible with any brand-name smartphone integration, opting to use its own system instead, but, while it doesn’t have Google Map built in, its own satnav map looks huge on the screen and works well.

Both cars have comprehensive sets of safety features which is why both have 5-star ratings by the European New Car Assessment Programme (Euro NCAP) making them two of the safest vehicles on the road.

The Polestar’s safety kit includes semi-autonomous cruise control, lane keeping assist, run-off road mitigation, and blind spot assistance. Similarly, Tesla offers this through its Autopilot safety feature, however in the 3’s case, its cruise control is more advanced. This is because it is not only adaptive but, on motorways, it can steer the car for you.

The Standard Range Single Motor Polestar 2 is fantastic value for money and we prefer its more conventional instrumentation, we have to concede that it falls behind slightly on range and power.

However, you can upgrade to a Long Range Single Polestar 2 which has a better 336 WLTP range than the entry-level Tesla 3, and includes a stunning panoramic glass roof. Ideal!

The next version up for Tesla costs another £6.5k, so economically speaking the Long Range Polestar 2 offers more bang for your buck.

Would either fit your lifestyle?

Try our Suitability Tool to find out and if you’re interested in trying one on subscription, head over to our electric car page here: https://elmodrive.com/electric-cars