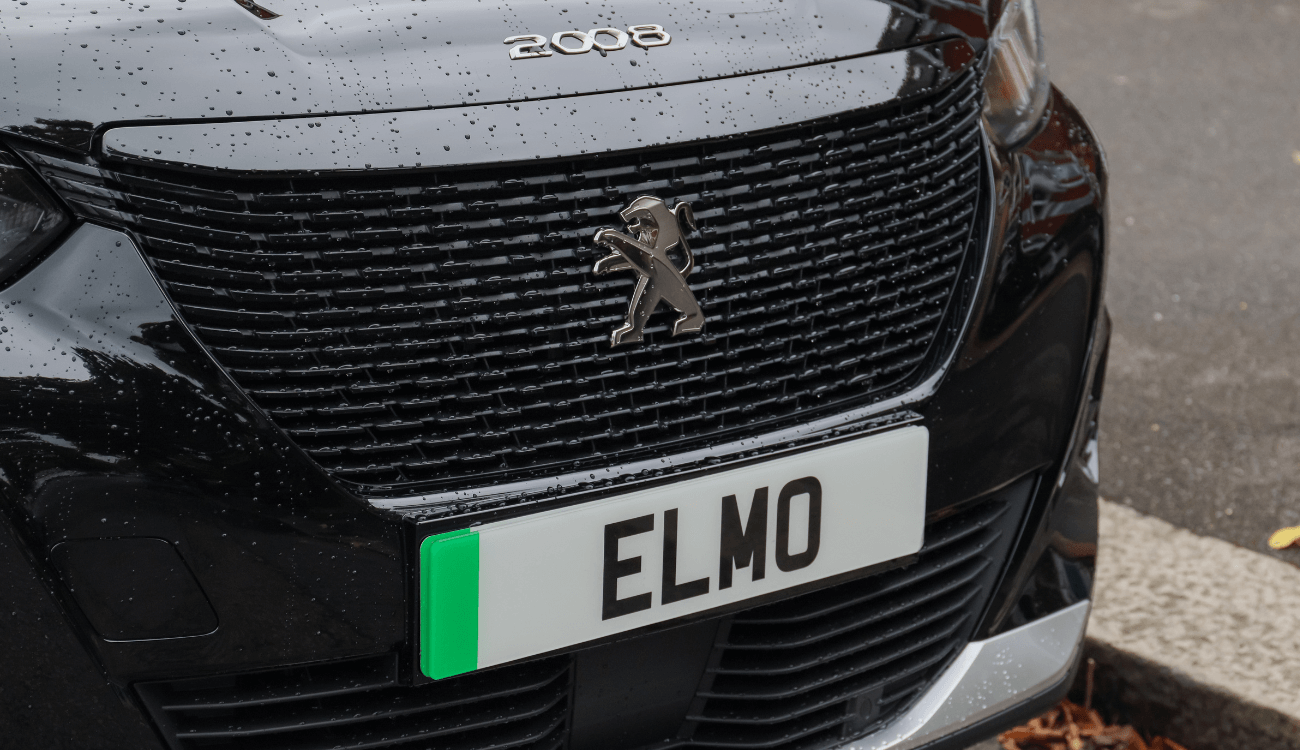 Peugeot’s first electric car was released all the way back in 1941. Peugeot’s Véhicle Léger de Ville (VLV) – also known as their Light City Vehicle – was produced at a time when fuel was expensive, much like now.

The VLV had a maximum range of just 50 miles and a top speed of 21mph. 50 years later, Peugeot released their all-electric 106 Electrique. Again, it had a range of just 62 miles. Fast forward a couple of decades and many significant developments in the EV industry, the Peugeot e-2008 was released.

The Peugeot e-2008 is a great example of what a modern electric car can offer, and makes most alternatives look dull. With a sporty, futuristic aesthetic, it remains practical, comfortable and easy to drive. In this post, we’ll explore some of its best features! 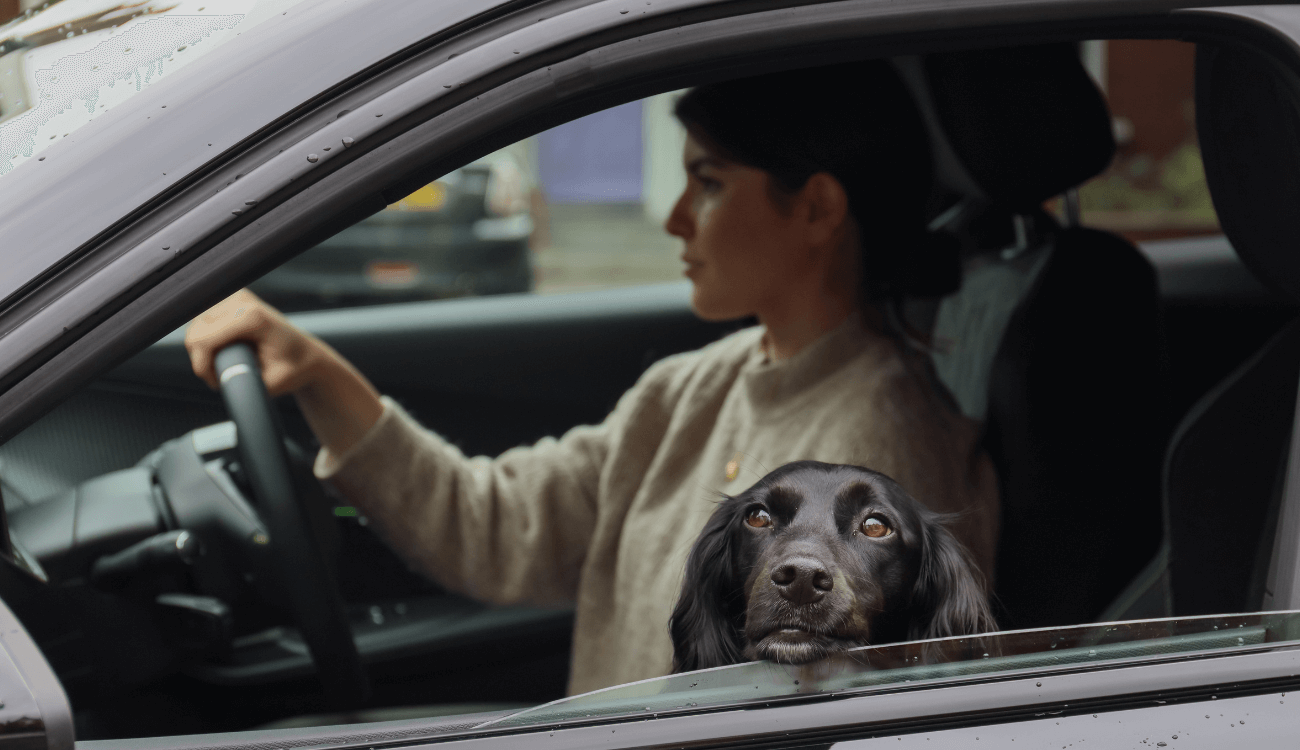 The Peugeot e-2008 is particularly well shielded from road and wind-noise, which can make driving on motorways a lot more relaxing. It fairs especially well in this area relative to most of its rivals – for example the cheaper MG ZS EV and the more expensive ID 3. It also offers a smoother, more comfortable driving experience as well as ample cushioning over speed bumps. 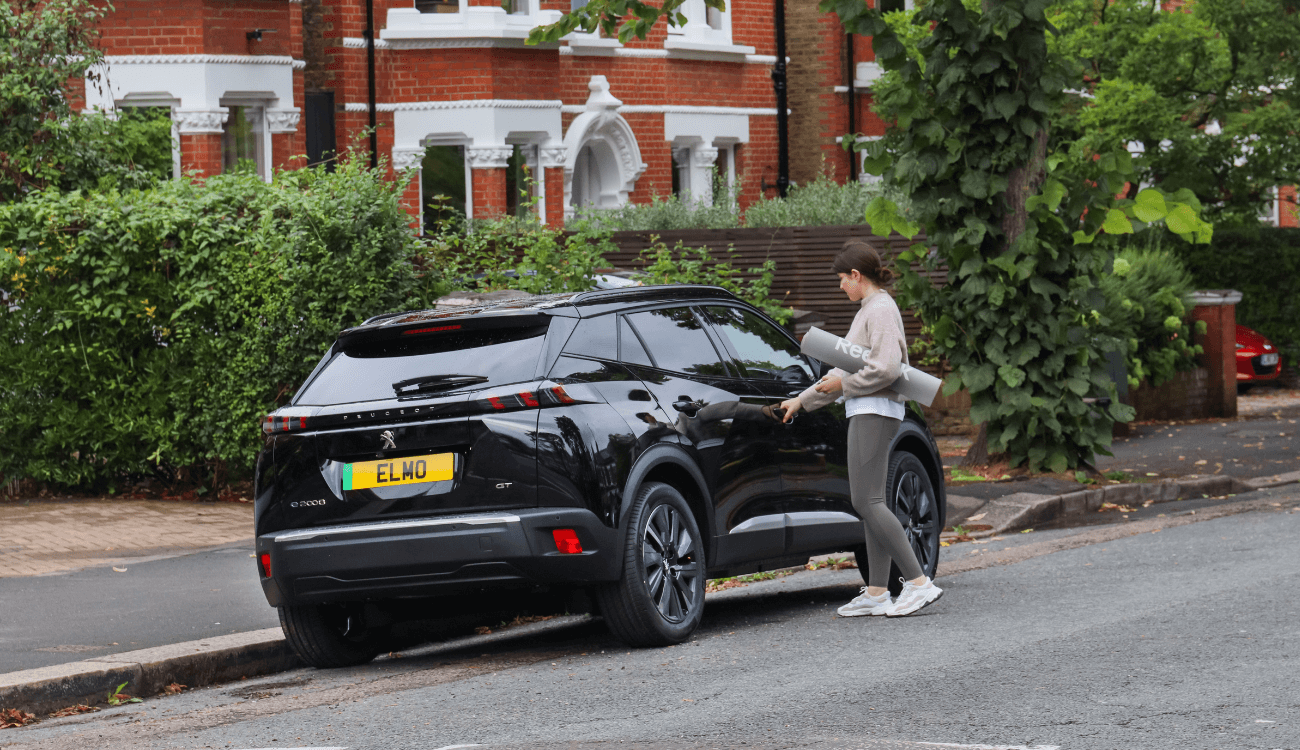 As for range, Peugeot says the e-2008 can manage between 191 and 206 miles according to WLTP tests and is ready for 100kW rapid charging, with an 80 per cent charge done in half an hour. 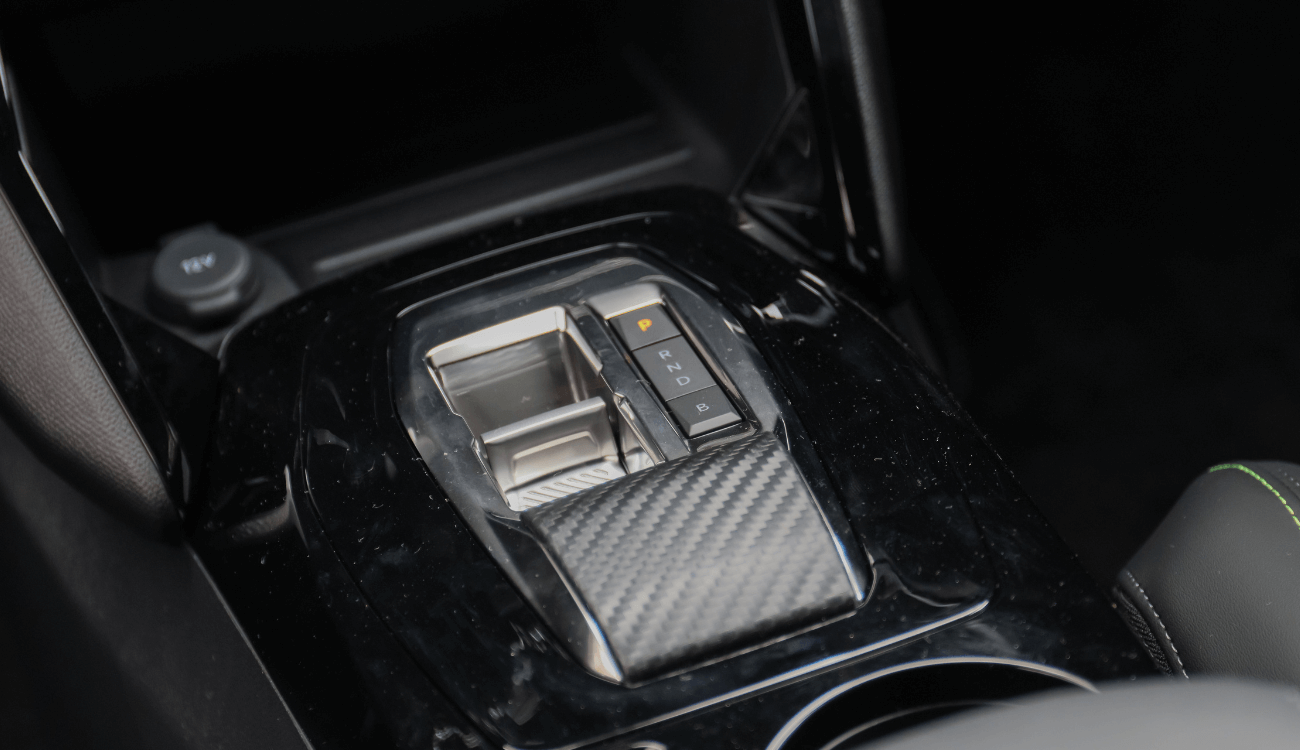 There are three drive modes: Eco, Normal and Sport. Eco tones down the air-con and shoves some digital cotton wool behind the throttle to soften any inputs, while Sport unleashes all of the performance. Though don’t get too carried away with the last one – this wouldn’t be a car for a track day!

Shift the ‘gear’ selector over to ‘B’ and you’ll almost get one-pedal driving, with a pretty strong regeneration capability.

The Peugeot e-2008 is modern and distinctive, with a set-back windscreen and horizontal bonnet which features a chequered front grille and Peugeot’s three-claw light and full LED headlights. The e-2008 also has a pretty funky ‘e’ monogram which appears on the front side panels and tailgate.

The panoramic opening sunroof, as well as a sleek addition to the Peugeot, provides plenty of sunlight onto the passenger seats. There’s also a manual roller blind which comes in handy on particularly sunny days.* 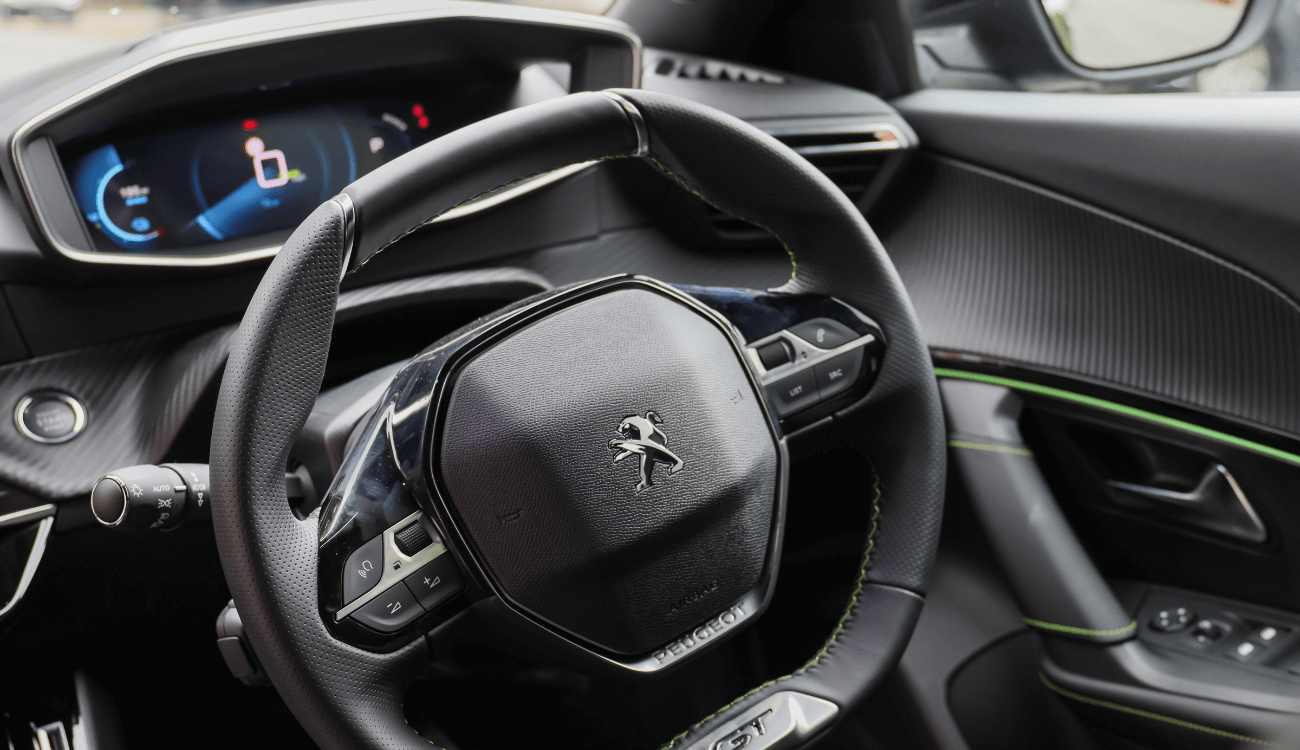 All key driving information can be found on the 3D digital instrument panel, including:

The most important information, for example speed and safety alerts, are projected (hologram-style) to be immediately visible. 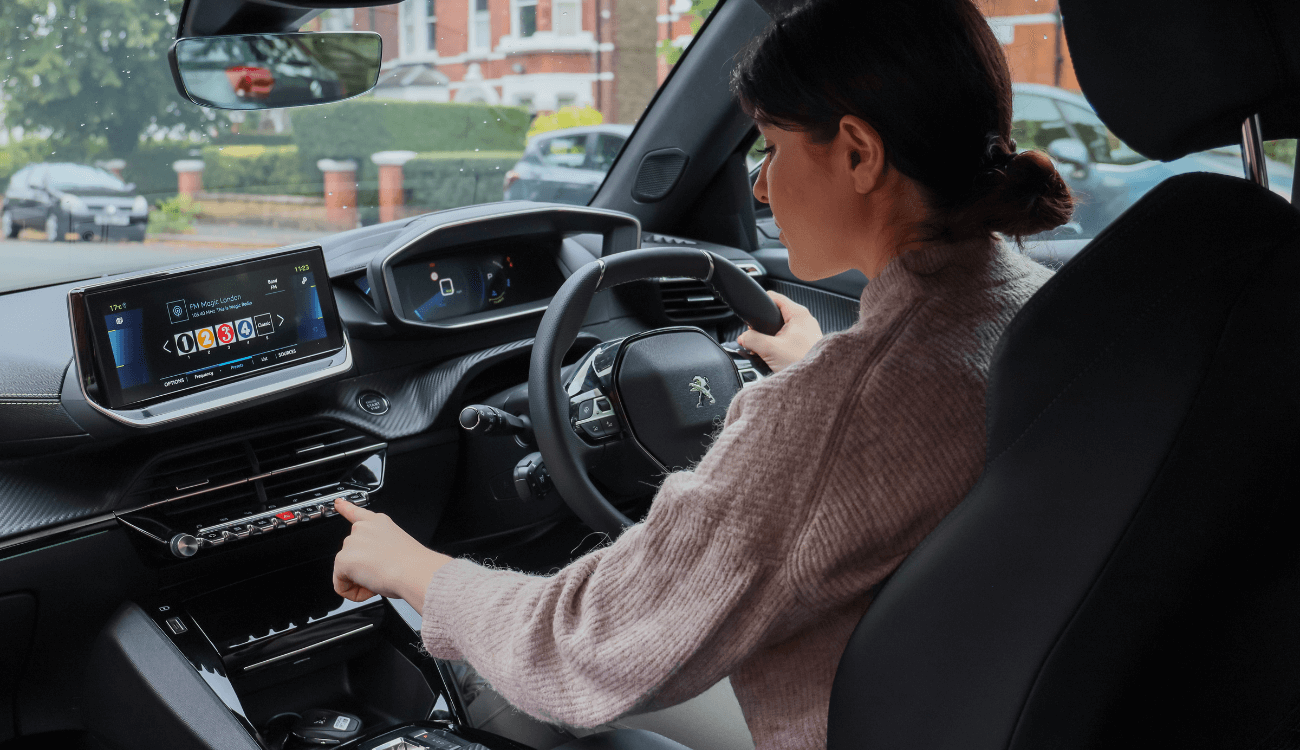 As expected, the Peugeot e-2008 comes equipped with all the latest tech. You’ll be able to mirror your favourite smartphone apps onto the touchscreen, and charge your smartphone wirelessly. Passengers will also get USB cable connections (both front and rear). Plus, there’s a six-speaker radio that’s mp3 compatible.

Which electric car is right for you?

So there you have it – our top 6 features of the Peugeot e-2008. With a variety of cars to cater for different needs, there’s lots on offer. If you’re not sure where to start, why not use our suitability tool to see if an EV could be for you?