We have a range of electric cars from BMW available on our all inclusive monthly subscription model. Read on for more info on our range and BMW’s history in the EV space.

Why BMW electric cars are some of the best available

Our range of BMW EVs

How long has BMW been producing EVs?

Why are BMW electric cars so good to drive?

What are some standout features of BMW electric vehicles?

How does BMW’s EV range compare to its non-electric range?

What other benefits come with driving a BMW EV?

Why BMW electric cars are some of the best available

BMW has a long history of producing well-engineered, luxurious cars that ooze quality and class. But now, as the world begins to embrace the power of electric, do BMW’s electric cars match the same quality and class as their standard fuel versions?

There’s one very simple, clear and fast answer to that question: absolutely!

Our range of BMW electric cars

How long has BMW been producing EVs?

Believe it or not, BMW produced their first EV way back in 1972, with the unveiling of the 1602e. It was designed to be used as part of the Munich Olympics to accompany long-distance runners and not subject the athletes to constant exhaust fumes. However, with a maximum range of 37 miles (dropping to as low as just 19 in certain conditions) the 1602e wasn’t fit for the consumer market.

Fast forward to the 1990s, the BMW E1 had an impressive range of 150 miles – a massive improvement during a time when the technology was still in its infancy. Unfortunately at the time, consumers weren’t quite ready to embrace the benefits of driving an EV.

A couple more decades later and BMW showed what a modern electric car can do with the i8, released in 2014. The i8, along with the i3, were the first concepts unveiled as part of BMW i, the manufacturer’s sub-brand dedicated to the development of EVs.

Why are BMW electric vehicles so good to drive?

BMW electric cars offer a high-performance, comfortable and fun driving experience while not compromising on anything that makes BMW such an iconic brand. They provide long range, and the batteries are charged quickly, so journeys will cost less and get you where you need to be in the same amount of time.

What are some standout features of BMW electric vehicles?

The aforementioned eDrive ensures you get the most out of your BMW EV, so you can spend more time driving and less time with range anxiety. There is also the BMW Intelligent Personal Assistant, a voice-controlled co-pilot which helps you use all your car’s tech while keeping your eyes on the road – including functions such as parking and locating available charging stations.

The range of BMW EVs is impressive. Despite the i3s affordability – especially from a major player such as BMW – it still has a great real-world range of 146 miles.

Charging can take no time – as little as 15 minutes to fully charge the battery using DC charging. Even when charging using a three-pin plug the i3 can charge in just 11-12 hours.

How does BMW’s EV range compare to its non-electric range?

As we’ve already highlighted, BMW doesn’t compromise on power, handling or quality when it comes to their EVs. You can expect the same high level of performance as you do with any of their fuel-based models.

However, one of the biggest advantages BMW electric cars have over their petrol and diesel counterparts is the massive savings on fuel. According to a price-saving calculator on the BMW website, if you drive 1,000 miles a month the cost-saving from fuel alone would be in the region of £140-£170 per month.

What other benefits come with driving a BMW EV?

On top of lower fuel-based costs, driving a BMW EV also has a number of other cost-saving benefits, including costs related to servicing, repairs, congestion charges and tax.

BMW uses sustainable materials for their EVs, which further adds to the already fantastic environmental advantages that come with switching out that petrol or diesel car for electric.

While BMW produces great petrol and diesel cars, the benefits of an EV mean they’re the perfect choice for drivers looking to make the switch to electric: 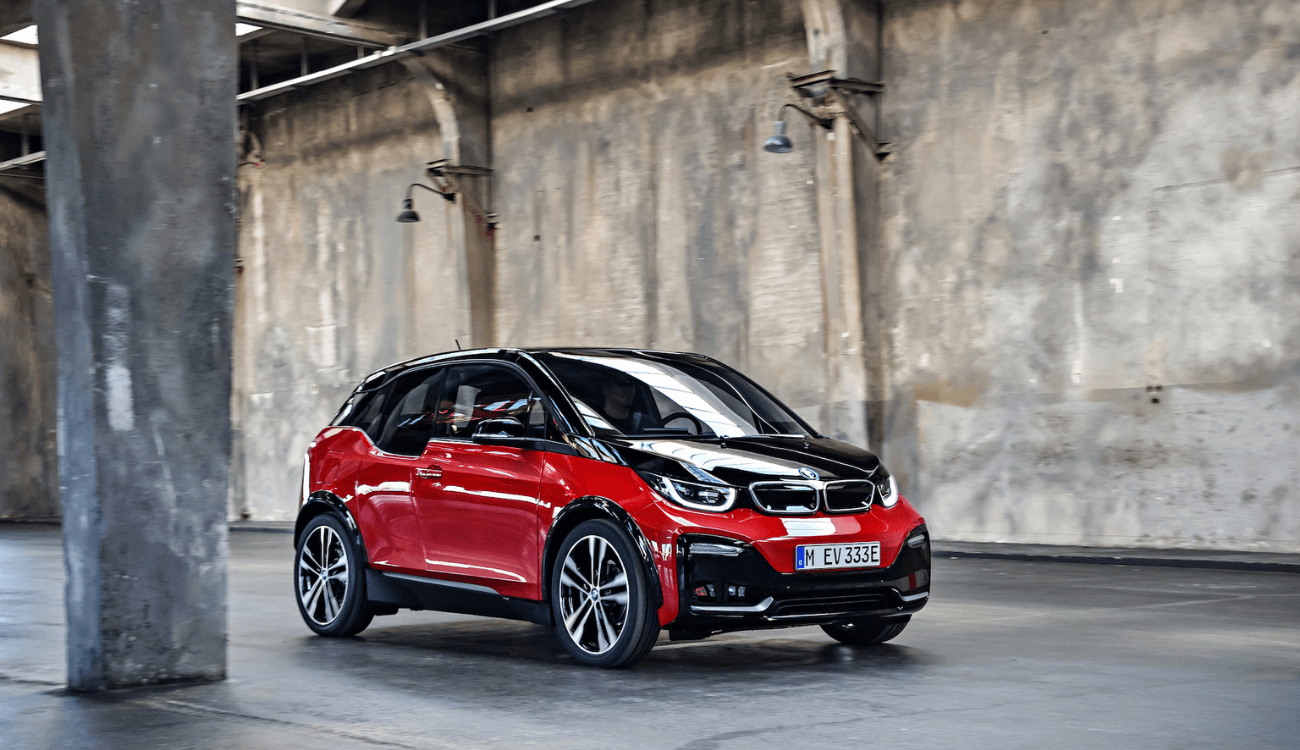 By driving an electric BMW through a subscription, not only do you utilise the many benefits that come with making the switch to electric, but also further cost-saving and convenient benefits, including:

How do you charge a BMW EV?

How much does it cost to charge a BMW EV?

Prices can vary, however charging your EV’s battery from home will cost around £8-15, while a public charge point will cost approximately £11 for thirty minutes of use.

How does temperature and driving style affect a BMW EV’s range?

Extreme temperatures both above or below freezing can have a negative effect on an EV’s range. One of the main reasons for this is that during hot or cold periods, the car uses more energy to regulate the temperature both inside the car itself, as well as the battery.

Similarly, more aggressive acceleration and driving at high speeds will require more energy, which can drain your battery faster.

How will driving a BMW EV differ from a conventional vehicle?

You will notice very few differences between driving a BMW EV and a petrol or diesel model. The main difference is that an EV is considerably quieter than a standard fuel-based car – there are also the many cost-saving advantages of course.

How safe is it to drive a BMW EV?

Just because there’s no combustible fuel inside an electric car, it doesn’t mean an EV doesn’t also go through the same high levels of rigorous testing. Every BMW model is subjected to thorough safety checks during the development process, with particular attention on EV testing dedicated to battery safety.

What is the price of a BMW electric car in the UK?

Prices for a BMW electric car in the UK start from £33,805. With an elmo subscription, you can drive your very own BMW i3 from just £569 per month, including insurance, MOT and breakdown cover, with no large upfront deposit.

Ready to drive your own EV?

Looking to take advantage of the many benefits of driving an EV, together with the benefits of a subscription? At elmo we make driving your very own electric BMW more convenient and affordable than ever. Browse our range of electric vehicles today.