Are Electric Cars Better for the Environment?

Impact of EVs on the environment

EVs vs petrol and diesel cars

What happens to EV batteries?

Are we doing enough?

Discover our range of EVs

Transport makes up a whopping 26% of all UK carbon emissions – it’s the highest polluting sector in the UK economy! Obviously, something needs to change and the government has made ‘electrification’ the cornerstone of their transport decarbonisation strategy. But do electric vehicles really deserve their green champion status? And are they really as green as they seem?

Critics argue that the emissions from the manufacturing process, as well as the emissions resulting from electricity generation (we still have coal power plants!), mean that electric vehicles do not deliver the carbon reductions that are promised.

There are also concerns around the mining practises involved in extracting battery materials (particularly cobalt), as well as the fate of the battery at the end of its life.

There is truth in these arguments. Everything we manufacture, transport or power has a carbon footprint. And so, yes, although EVs have no tailpipe emissions, they still cause carbon to enter the atmosphere during their lifecycle.

However, we need to ask, are electric cars better for the environment? and carefully consider the answer, especially when we compare them to petrol and diesel cars. 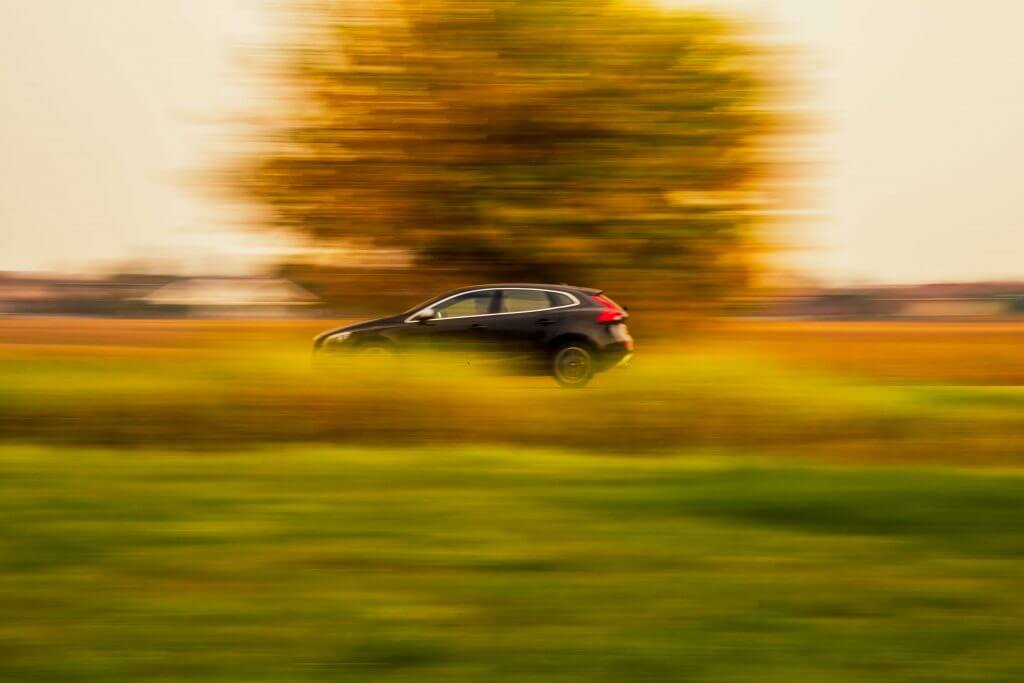 The impact electric cars have on the environment

There is no denying the fact that electric cars are greener than standard petrol and diesel cars, and they have a smaller environmental impact. However, EV technology is in its relative infancy (at least when compared to conventional vehicles), so there are still plenty of advancements waiting to happen. That means, EVs are not perfect – but they are better.

While EV drivers aren’t putting oil and petrol in their vehicles, they are putting electricity into them – and where does our electricity come from? Power plants that are predominantly powered via fossil fuels. However, if your energy provider supplies renewable energy, you will be able to charge your EV with green energy.

Are electric cars good for the environment?

We know that EVs have a much smaller environmental impact than other cars, but are electric cars good for the environment?

Electric cars do create a smaller carbon footprint than other vehicles, even when you take into consideration charging, manufacturing, emissions and battery production/scrapping. A study by the University of Cambridge found that EVs are better for the climate in 95% of the world.

All EVs have powerful batteries and require them to get you from A to B. It’s these batteries that are an EV’s largest emitter, and the main reason why some argue that EVs aren’t greener than other cars – or at least not as green as they claim to be.

To produce a battery, raw materials are required, and these materials need to be mined, then produced and transported in what is a lengthy, expensive, and energy-inefficient process.

However, once the production of the battery is complete, an EV does become far greener. Over the course of its life, an electric car is undoubtedly better for the environment than petrol and diesel cars.

As we highlighted above, when compared to petrol and diesel cars – which have been manufactured for more than a century – EV tech is far newer, with huge strides being made constantly.

We’ve already addressed the elephant in the room surrounding the battery of an EV. However, there are many reasons why an electric car is better for the environment, including:

Because EVs aren’t yet capable of the same high performance that can be produced by an internal combustion engine, EV manufacturers have to get creative. In order to produce the same speeds and a better range, heavier materials have been switched out for greener, environmentally-friendly materials that are more sustainable.

According to data from the European Environment Agency, the emissions produced by an electric car are between 17-30% lower than those produced by a petrol or diesel car.

Petrol and diesel are also more likely to fluctuate in price than electricity, as displayed throughout 2022. Of course, there is only a finite amount of fossil fuels left on Earth. Once the world runs out of petrol and diesel, we will still be able to produce electricity, whether it be generated via solar, wind, nuclear, or other means. 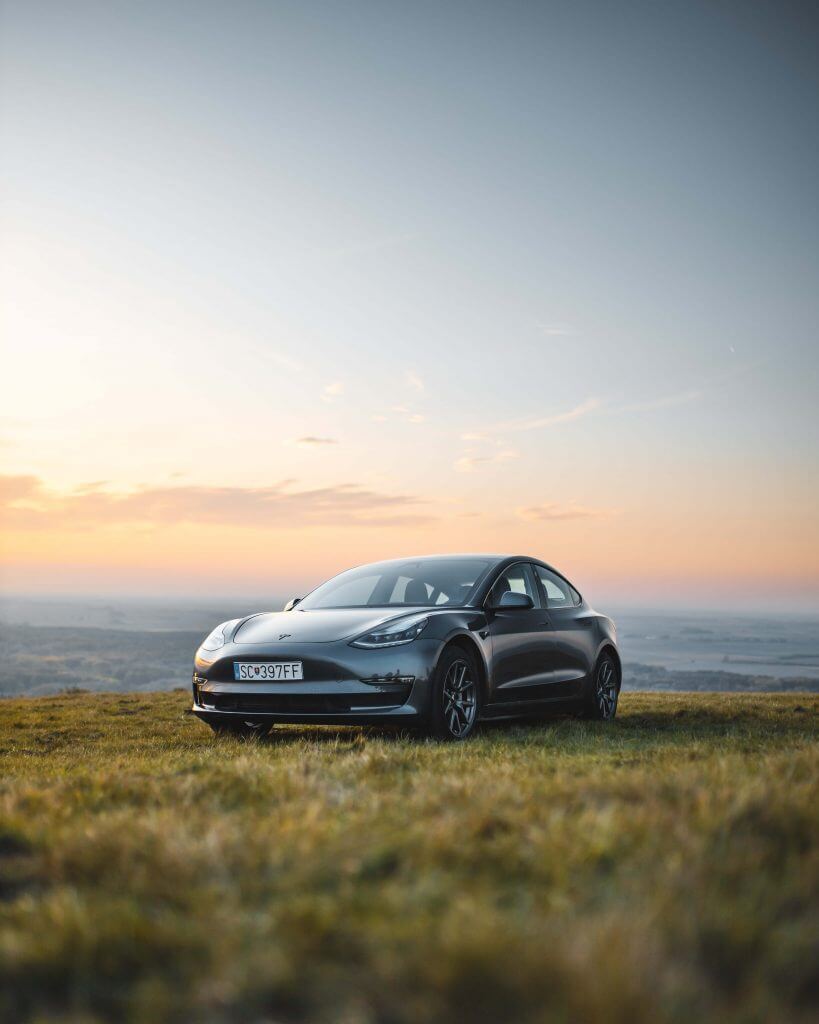 How does electric car production affect the environment?

An MIT study revealed that the EV battery manufacturing process produces more emissions than the manufacturing of a standard car. However, over time an EV does generate less than the running of a petrol or diesel car.

This means while the production of an EV has a greater environmental impact, throughout the lifetime of the car an EV is much better than a petrol or diesel car.

What about the electricity required to fuel an electric car?

Charging your EV from home means it isn’t 100% green, due to the fact that much of our electricity is generated via fossil fuels. However, it does still have a smaller impact on the environment than driving a vehicle with an internal combustion engine.

There are also many EV charging stations that allow you to charge your electric car using solar or wind-generated energy.

Are hybrids just as good for the environment?

It’s been claimed that hybrids are better for the environment than petrol and diesel cars, however, they’re not as green as electric cars. By combining fuel with electricity, they can produce lower emissions, but they do produce emissions nonetheless.

However, it’s been claimed that some hybrids produce greater emissions than ICE cars, and that they may produce as much as two-and-a-half times as many emissions as official test results claim.

For this reason, if you’re looking to lower your environmental impact, then switching to a fully electric car is likely the safer option.

Unfortunately, at least at the moment, the answer to that question is no.

While EVs don’t produce exhaust emissions, they do contribute toward the use of fossil fuels both in the production of the batteries and using fossil fuel-generated power when they’re charged.

Only when these two (pretty key) factors have been sorted and overcome will an EV be truly able to claim they produce zero emissions.

For now, there are plenty of cars that come relatively close. And, of course, EVs are still by far better for the environment than petrol and diesel cars. Over the past decade, EV technology has progressed at such a rapid rate that it’s safe to assume that in the near future there will undoubtedly be advances that make zero emissions highly probable.

What happens to electric car batteries at the end of their life?

EV batteries have an average lifespan of 10 to 20 years depending on the amount of use. But what happens to an EV battery when it reaches the end of its life?

EV batteries don’t usually end up in landfill, and instead can be recycled or have second and even third uses, such as Nissan LEAF batteries that are used to power the Amsterdam ArenA.

If your lifestyle allows, then you should always try to walk, cycle or use a car-sharing service. But, for the vast majority of us, a car is an unavoidable necessity of life. So, what can we do?

The argument in favour of EVs is not that they don’t have a carbon footprint. But, instead that their carbon footprint is significantly less than petrol and diesel cars.

Take a look at the chart below (if you dislike graphs, ignore and we’ll explain what it shows):

Basically, the CO2 emissions of ‘conventional cars’ in Europe (shown by the two left columns) are considerably higher than electric cars in Europe. That’s largely caused by the ‘tailpipe’ emissions (the blue bit). None of the electric car columns have any tailpipe emissions.

By comparing the average, we can see that, at the moment, EVs produce around half the total carbon emissions of a petrol or diesel car.

This is perhaps a little underwhelming given the green champion status of EVs. But, it’s important to remember:

Every gram matters. If you can half your emissions by going electric, then we think that’s a good start.

It will only get greener. As the UK electricity grid becomes greener through the expansion of renewable energy, so will the manufacturing and charging of electric vehicles.

Air quality matters too. Cities in the UK are suffering an air quality crisis and EVs are zero emission.

Step into the world of EVs

We believe that electric vehicles are an important next step on the path to a greener future. But it’s only right to admit that there is still work to be done.

That’s why we only offer 100% renewable electricity and include carbon offsetting in our all-inclusive car subscriptions. These extra measures help us account for all emissions from elmo vehicles, so we and our users can drive electric with peace of mind.

Ready to make the switch to electric? Browse our range of electric cars today and discover how easy it is to drive your very own EV for less.