How do hybrid and electric vehicles differ?

What are the different types of electric and hybrid vehicles?

What are the differences in running costs associated with hybrids and EVs?

What’s the verdict, hybrid or electric?

Pros and cons of EVs

Pros and cons of hybrids

Although electric and hybrid vehicles cars are often thought of a recent development in the automative industry, this is a common misconception.

Similarly, the first hybrid was revealed at the Paris Expo in 1900. The model’s designer Ferdinand Porsche (who later designed the original VW Beetle) added an ICE capable of recharging the batteries of an initially all-electric vehicle. As with electric cars, hybrids lost out to conventional cars in the decades that followed. The 1960s and 70s however saw a mini-revival in efforts to promote electric power. In 1976, Toyota built its first hybrid vehicle, with Audi unveiling its Duo concept in 1989. As for EVs, they remained a relatively niche concept throughout the 20th century until nearer the end of the millennium, with climate change forcing governments to tackle global emissions.

So to better understand both hybrids and electric vehicles, we’ll take a look at how they work, their pros and cons, and compare the key differences between them. 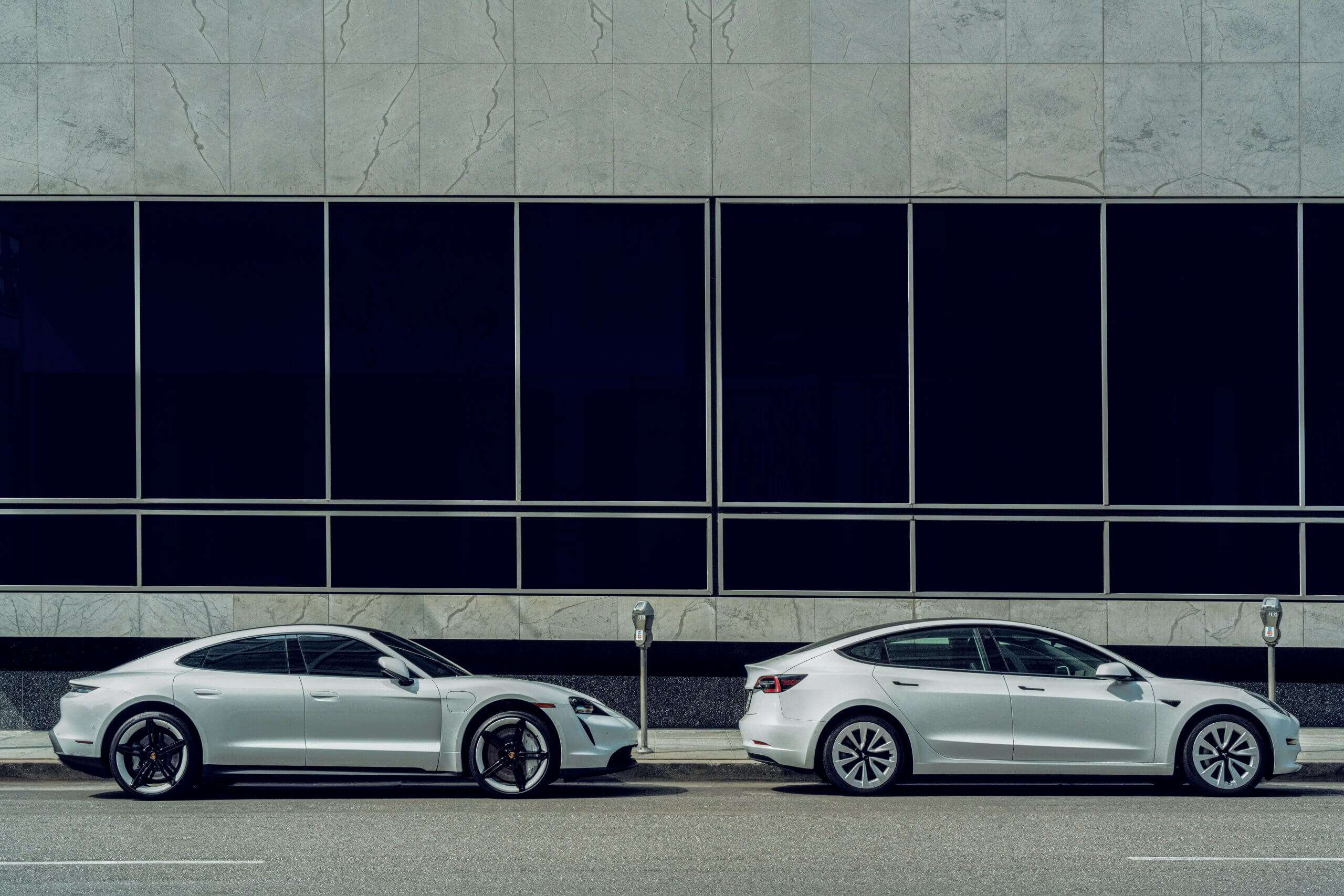 How do hybrid and electric vehicles differ?

This article will focus primarily on plug-in hybrid (PHEVs) vs electric vehicles (EVs).

What are the different types of electric and hybrid vehicles?

There are three types of hybrids: mild hybrids, full hybrids, and plug-in hybrids.

Mild hybrids have a starter motor known as a belt alternator starter – BAS. This starter motor can recover energy lost through braking, subsequently feeding it into the battery. This helps to power the car along with the engine. As a result, the battery for these hybrids rarely powers the car on its own.

Full hybrids have an electric motor, a battery pack, and in most cases a petrol engine. These hybrids can be powered by both the engine and motor working together, or by the engine or the motor independently. The battery can be charged by the petrol engine and through regenerative braking. For these hybrids, the electric range is typically only a few miles.

Finally, a plug-in hybrid is largely the same as a full hybrid but has a much bigger battery that can be charged with a plug. Like full hybrids, the battery and engine can power the car together or independently. A PHEV’s electric range is usually around 30 miles. 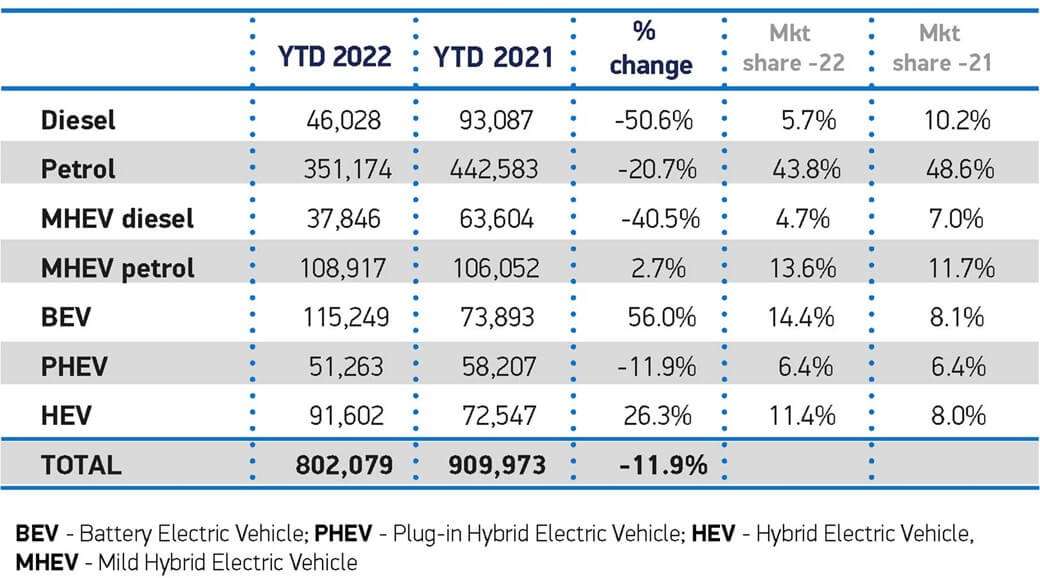 What are the differences in running costs associated with hybrids and EVs?

Fuel: Electricity will cost you less than petrol or diesel – especially if you’re charging your car from home rather than a paying public charging station. Hybrids usually have a smaller battery range than fully electric cars, so you’ll inevitably spend more on fuel with a hybrid. This makes hybrid cars a more cost-effective option for short journeys where you can rely on the small electric battery.

Insurance: For insurance, it’s always best to compare directly with different providers. Generally, insurance costs for both hybrids and EVs have come down over recent years.

The International Council on Clean Transportation released a study in 2020 showing that of the miles driven in PHEVs, most used fuel rather than battery energy. The study also showed that PHEV owners don’t charge their vehicles often enough to benefit from greater fuel efficiency. The study concluded that, the CO2 emissions from PHEVs are two to four times greater than regulations allow, since their electric motors are only used for half the expected amount of time. 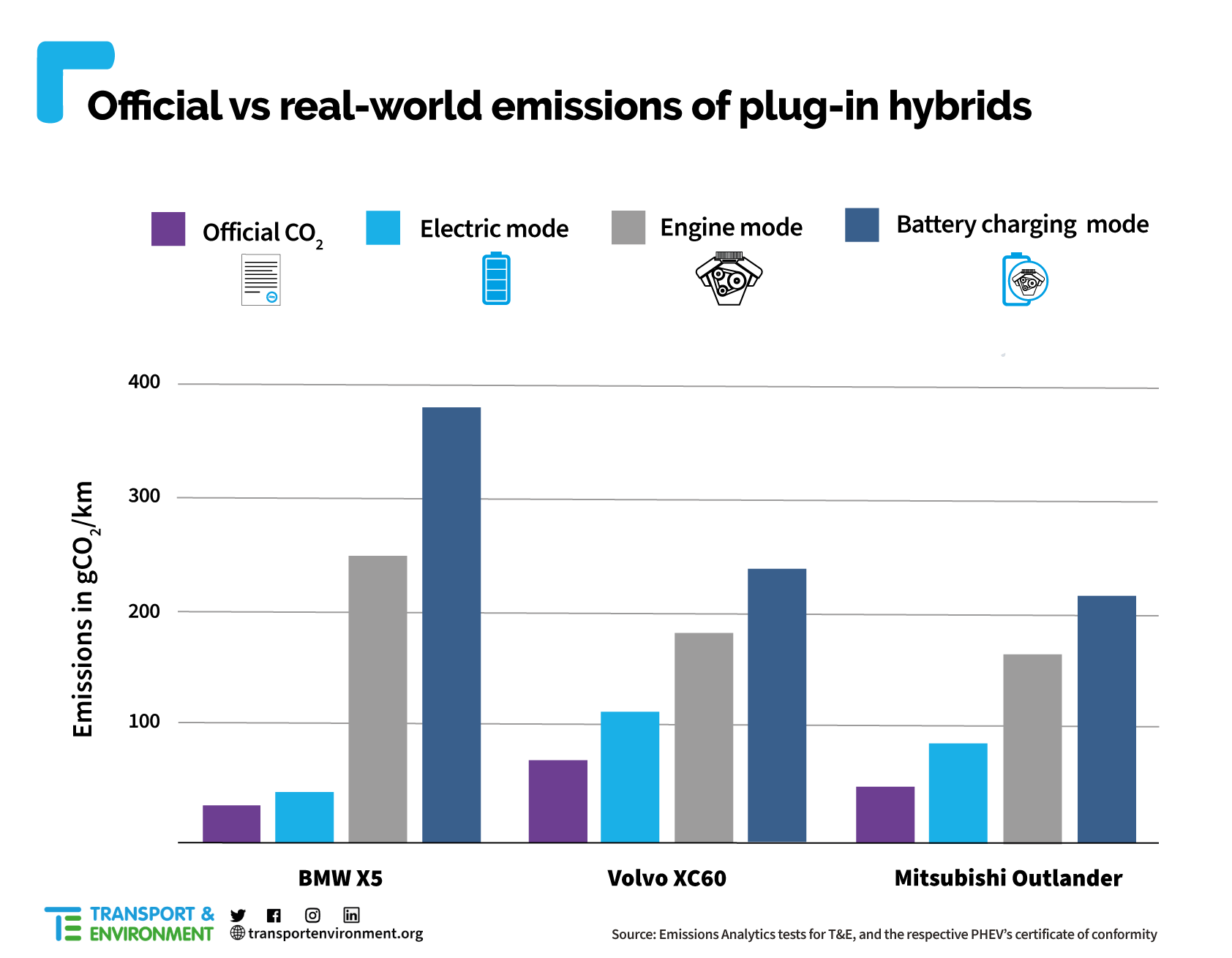 Hybrids still produce fewer emissions than conventional ICE cars […] All of this contributes to lower overall emissions and a significant improvement in local air quality.

Another study from Transport & Environment also showed that PHEVs generally consumed more fuel than conventional ICE cars, due to PHEVs being heavier.

However, it’s important to note that hybrids still produce fewer emissions than conventional ICE cars. When in hybrid mode, the drivetrain can operate the main combustion engine closer to maximum efficiency than in a conventional car. All of this contributes to lower overall emissions and a significant improvement in local air quality.

There’s still a way to go to make sure than ‘green’ mobility is as green as it can be. Technology is continuously improving, with manufacturing processes, mining techniques and battery production all becoming more efficient. Industry and government regulations also continue to force battery manufacturers to clean up production.

What’s the verdict, hybrid or electric?

Pros and cons of electric vehicles 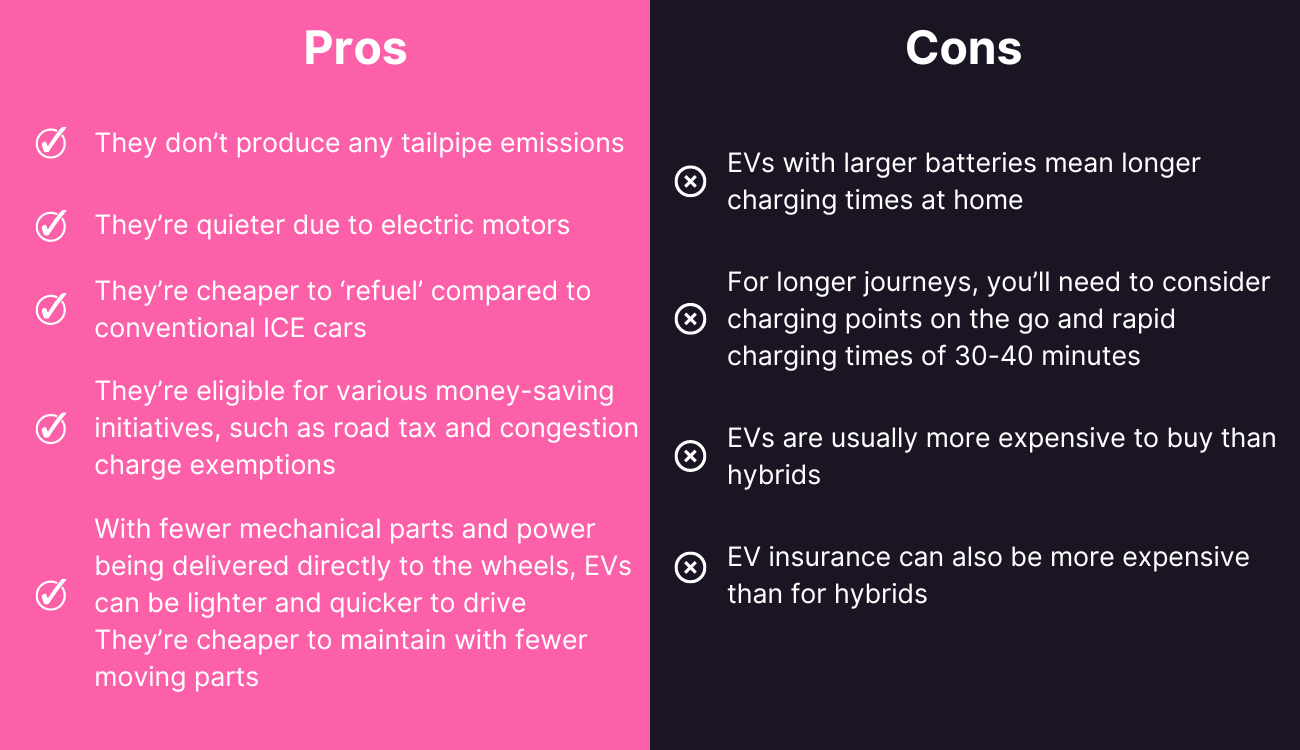 Pros and Cons of Hybrid Vehicles 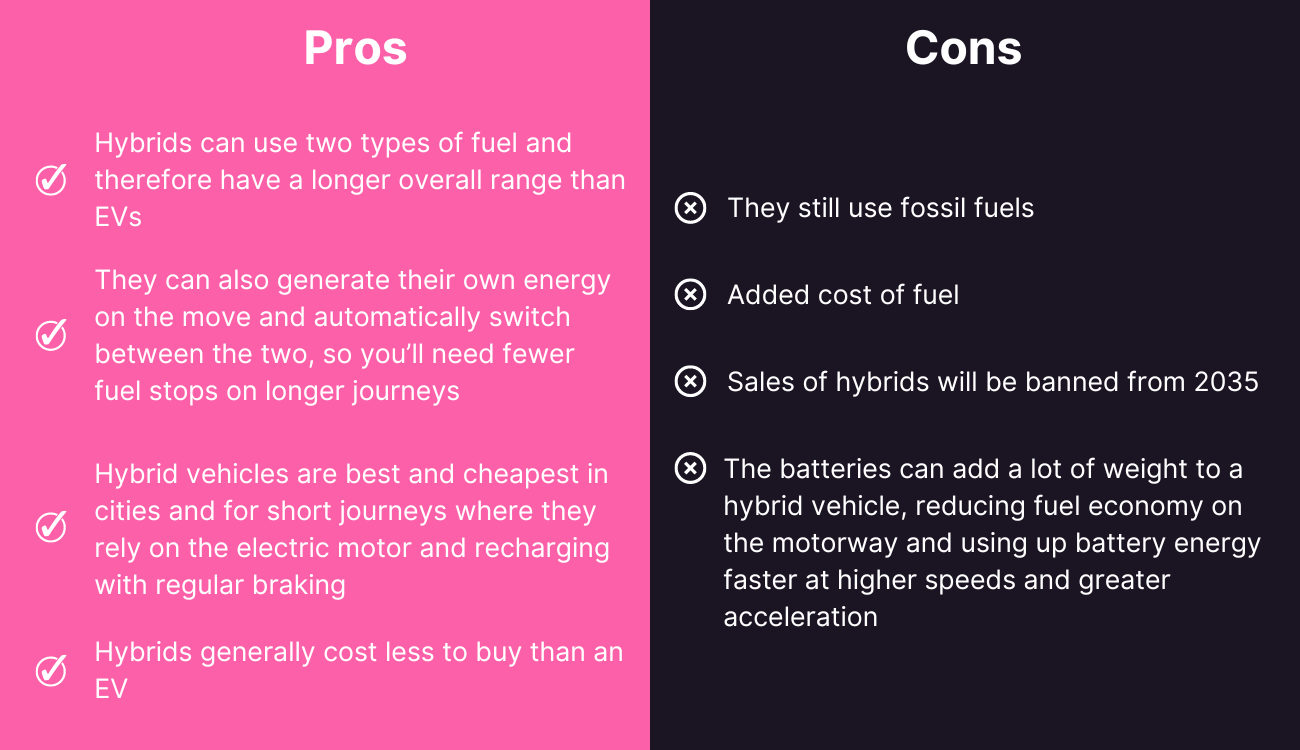 How are hybrid vehicles different to electric vehicles?

What is regenerative braking?

Regenerative braking allows the energy produced when braking to be transfered to the battery and then reused while driving.

Do hybrids cost more to maintain?

EVs will often avoid costs associated with looking after regular engines, like oil changes and cam belt replacements. Hybrids still require maintenance for these, though often at reduced frequency since the load is shared with their electric motor. 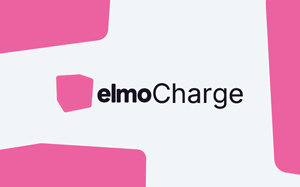 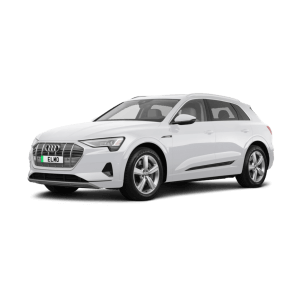